X-Ray Interpretation for the Student and Novice NNP: An Educational Update. 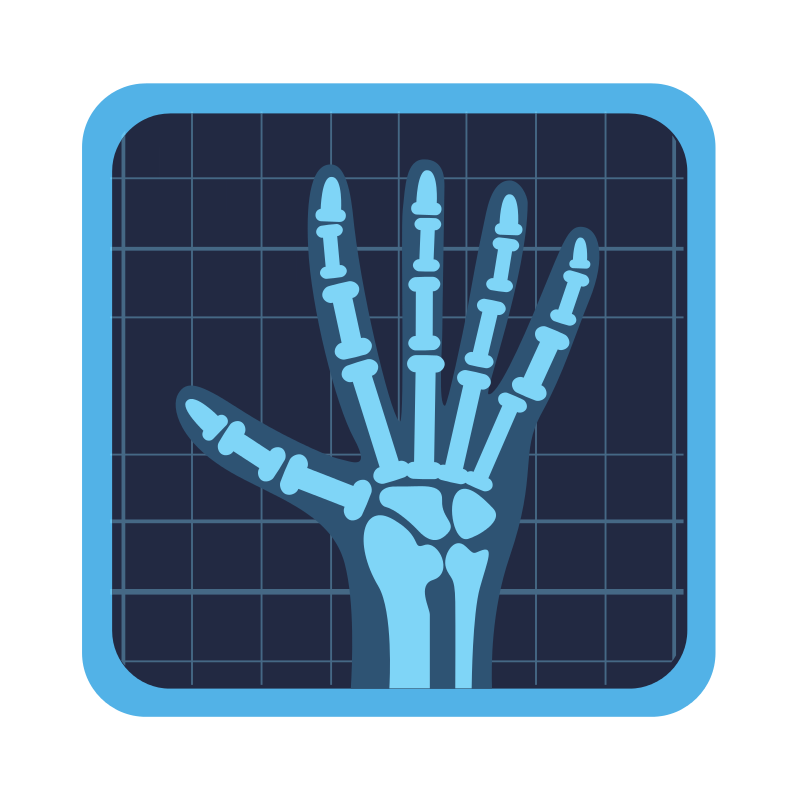 One of the many skills a neonatal nurse practitioner (NNP) must acquire is the ability to interpret X-rays. NNPs often are the first to evaluate an X-ray due to their presence in the neonatal intensive care unit (NICU). Ultimately, the final read is the responsibility of the radiologist, and certainly verification of findings should always be confirmed by radiology. However, there are frequently circumstances when the NNP must provide an initial evaluation of the X-ray to provide appropriate treatment of the many conditions that impact the newborn.

X-rays are commonly ordered to confirm placement of lines and tubes, identify disease states, and to evaluate complications of care such as free air and/or fluid collections. Additionally, evaluation of bony structures, determining the size and shape of the heart, and evaluating intestinal gas patterns are important in a thorough evaluation of an X-ray. In order to most effectively and efficiently evaluate all the components on an X-ray, it is imperative that the NNP is knowledgeable of the many disease processes impacting the newborn and is able to evaluate the X-ray in a systematic manner. The systematic evaluation ensures that each component is evaluated every time an X-ray is completed before decisions are made to proceed forward with therapies or treatment.

Each time an X-ray is ordered, one must understand the risk of radiation exposure in these tiny developing neonates. Over the course of their NICU stay, patients may be subjected to as many as 32 films in the evaluation and treatment of their disease state (Edison et al., 2017; Yu, 2010). Besides X-rays, patients are also often exposed to MRIs and CT scans, which exponentially increase the radiation exposure. Each time a film is ordered, NNPs must ask themselves, “What relevant information can be obtained from this film?” and “Will it provide additional information regarding the diagnosis and management for this patient?” Like all aspects of medicine, the risk benefit of obtaining a film should always be considered. There are significant costs associated each time an X-ray is performed and interpreted, so it is important to be mindful of the impact multiple films have on the patient from a financial perspective (Slovis, Strauss, & Frush, 2011).

In the NICU, films are often ordered on a routine basis (daily, weekly, or monthly) to “follow up” on disease states or placements of endotracheal tube (ETT) or peripherally inserted central catheters (PICC). There is no added benefit to obtaining daily films on ventilated newborns, as it provides information at one point in time that may not be clinically relevant hours down the road. In the absence of clinical changes, or without evidence that lines or tubes have moved, daily films only provide additional radiation exposure without a lot of new information. Clinical examination is an essential component to aid in determining the necessity of X-ray or other types of testing. When in doubt, obtain a second opinion prior to jumping to additional X-rays (Kumar, 2008).

Air displays as black on an X-ray, so the lungs, stomach bubble, and intestinal gas are dark on film. Fluid displays as white, so the heart, thymus, vessels and other vascular findings will display as white. Remaining structures show up as varying shades of grey. Bone and metal fragments absorb X-ray protons and appear as white. The heart and thymus are prominent after birth, and at approximately 24 hours of life, the thymus involutes, making it much less obvious on the films.

Ribs correspond to vertebrae (as long as there are 12 ribs), so one can count the number of ribs (either top to bottom or bottom to top) to aid in determining appropriate line or ETT placement. The ETT should be positioned below the thoracic inlet (typically at thoracic vertebrae 2 (T2) and above the carina, generally at T4.

Safety factors should be considered each time an X-ray is taken. Minimizing exposure by using gonad shields for the patient and lead shields for the nursing staff are of the utmost importance. Maintenance of thermal stability during the procedure is imperative to minimize complications of cold stress for the baby.

A systematic approach to interpreting X-rays is important to make sure that one does not become focused on the one area they are interested in (line placement, ETT placement etc.) and inadvertently ignore other unexpected findings on the film. Becoming focused on looking for the placement of lines, for example, may prevent the viewer from recognizing the large pneumothorax that was unexpected, yet present.

This approach varies among professionals, making it important for the individual to develop an approach that is comprehensive and consistent so that the entire film is evaluated each time a film is obtained. The approach should include the following:

Common respiratory diseases that affect the newborn each have their own distinct features on an X-ray. Respiratory Distress Syndrome (RDS), or surfactant deficiency respiratory distress, is described as a reticulogranular, or ground glass, appearance of the lungs. The lung volumes (lung expansion) may be low. Air bronchograms are typically present and reflect air in the bronchial tree that is superimposed over atelectatic alveoli. The lungs appear white in color, and in the worst cases, it is difficult to differentiate lungs tissue from cardiac tissue.

Transient Tachypnea of the Newborn (TTNB) presents itself when lung fluid is not adequately expelled during the birthing process and remains in the lungs. These X-rays reveal a prominent hilum with streaky shadows. Fluid may be present in the interlobar fissures (spaces between lung lobes). The heart may be enlarged and lung volumes can be normal to increased (Kumar, 2008).

Meconium Aspiration Syndrome (MAS) presents with “fluffy” opacities interspersed throughout the lungs. Hyperinflation occurs as the meconium plug creates a ball-valve effect where gases are able to enter the lungs on inspiration, but air becomes obstructed by the meconium on exhalation, leading to excessive expansion of the lungs. Air leak syndromes are common with this diagnosis, so monitoring for pneumothoraces is imperative (Kumar, 2008).
Pneumonia commonly presents with patchy infiltrates and areas of consolidation. Lung volumes can be normal to increased. Air trapping is common (Kumar, 2008).

Pulmonary interstitial emphysema (PIE) is a common complication of ventilator therapy frequently impacting the premature patient population. It presents as a honeycomb appearance of translucencies that extend throughout the lung fields. Blebs are common and the lungs are generally hyper expanded.

There are common findings on X-rays that may lead one to a specific diagnosis. When evaluating the heart, for example, a snowman appearance can suggest the infant may be suffering from total anomalous pulmonary venous return (TAPVR). Boot shaped hearts would lead one to consider tetralogy of fallot (TOF), and the appearance of an egg on a string often suggests transposition of the great arteries (TGA). Additionally, endocardial cushion defects present with a goose-neck shape, while Ebstein anomaly resembles a box-shaped heart (Ferguson, Krishnamurthy, & Oldham, 2007).

When reviewing the abdominal component of the film, dilated loops of bowel provide a concern for intestinal obstruction. Dilation of proximal loops leading to the absence of intestinal air beyond the area that is dilated is very concerning for obstruction or blockage beyond that point. The classic double bubble sign is commonly seen in duodenal atresia. A nasogastric tube (NG) that is inserted and either meets obstruction or curls in a pouch will lead to a concern for esophageal atresia. Pneumatosis is the classic finding in necrotizing enterocolitis (NEC) and occurs when air is identified within the bowel wall, leading to a line of what is called railroad tracking. Portal venous gas is the presence of gas within the liver. Babies who present with portal venous air generally have a more severe case of NEC (Markiet, K et al., 2017).

It is important to order the appropriate view for the film that will provide the best answers for the diagnosis that is being considered. Views provide different information, so it is important to understand which view to order. Infants should be positioned according to the film ordered, tubing and objects should be removed out of the beam field (remember to check under the baby), arms should either be straight to side or held upwards. Midline position of the body helps to minimize rotation, which can impact interpretation of results (clavicles and ribs should be even when comparing the right to left side of the chest).

With lateral decubitus films, the patient is positioned with either the left or right side up and the film is shot from the front to the back. These type of films are generally ordered to evaluate for the presence of free air, such as that found with intestinal perforation.

A babygram film is one that includes the entire body. It is typically ordered when multiple sections of the body need evaluation and are frequently ordered on admission of critical newborns. The patient is positioned supine and the film is shot from front to back.

Expected placement for lines and tubes

Time, experience and exposure will provide the student and novice NNP with the tools they need to become successful in X-ray interpretation. Developing a systematic approach that works well for the individual and is inclusive of stated components will allow individuals to make an appropriate diagnosis and offer standard treatments for the identified disease process or complication.