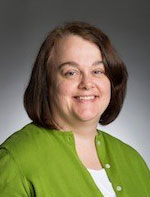 The World Health Organization (2013) states that palliative care for children should begin at diagnosis and may occur prenatally. Neonatal palliative care includes not only the infant’s needs but also the family’s needs as well. This type of care is variable because of the advanced technological and curative environment in the newborn intensive care unit (NICU) and the uncertain prognoses of infants born at the edge of viability. In this environment, nurses may develop moral distress. Moral distress occurs when a person performs actions contrary to his or her moral values because of constraints placed on the individual by an organization or another person (Corley, Minick, Elswick, & Jacobs, 2005). In an effort to better understand this issue in my unit at Memorial Hospital of South Bend in South Bend, IN, I initiated an evidence-based practice project designed to explore nurses’ moral distress and perceived barriers to palliative care and to determine the influence of establishing a neonatal palliative care protocol.

I performed a literature review and learned that many factors may cause nurses to experience moral distress, including ethical dilemmas in the clinical setting, prognosis variations among providers, and family member demands for futile care (Corley, 2002). Moral distress may cause nurses to experience physical and emotional symptoms, miss days of work, experience burnout, and eventually pursue careers outside the field of healthcare. Corley suggests that continued episodes of moral distress causes moral residue. This means that the longer a nurse is exposed to environments that cause moral distress, the more likely it is that moral distress will accumulate and cause the nurse serious consequences. Although this information can be discouraging, I learned that moral distress can be decreased through collaboration between nurses and other providers, nurse autonomy, and nursing education about options regarding patients’ care.

Continuing this project, I developed a neonatal palliative care protocol that addressed the options for decreasing moral distress and removing barriers to neonatal palliative care. The first part of the protocol addressed education that provided information regarding the legal and ethical aspects of neonatal palliative care, neonatal pain management, and team care conferences. The second part involved promoting nurses’ decision making during end-of-life care for neonates by developing a specific care team that included any nurses who cared for the infant. The third part was the protocol itself, which identified patients who qualified for palliative care. These infants were immediately assigned a care team that met with the family to discuss the plan of care and available options. This care team included nurses, physicians, nurse practitioners, a social worker, a parent care coordinator, a chaplain, a lactation representative, and other providers involved in the infant’s care. The outcomes of the care meetings were recorded for parents to review at any time and also for nurses who were not present at the meetings. This document was a key factor in both maintaining continuity of care and reducing moral distress among nurses by making nurses aware of family decisions.

The protocol is reviewed and revised continuously, ensuring that families of infants with poor prognoses are aware of care options, including palliative care when applicable. It also ensures nurses are included in the decision-making process, thereby reducing moral distress in our unit’s staff. By caring for nurses’ emotional and physical health, quality neonatal palliative care can be accomplished.