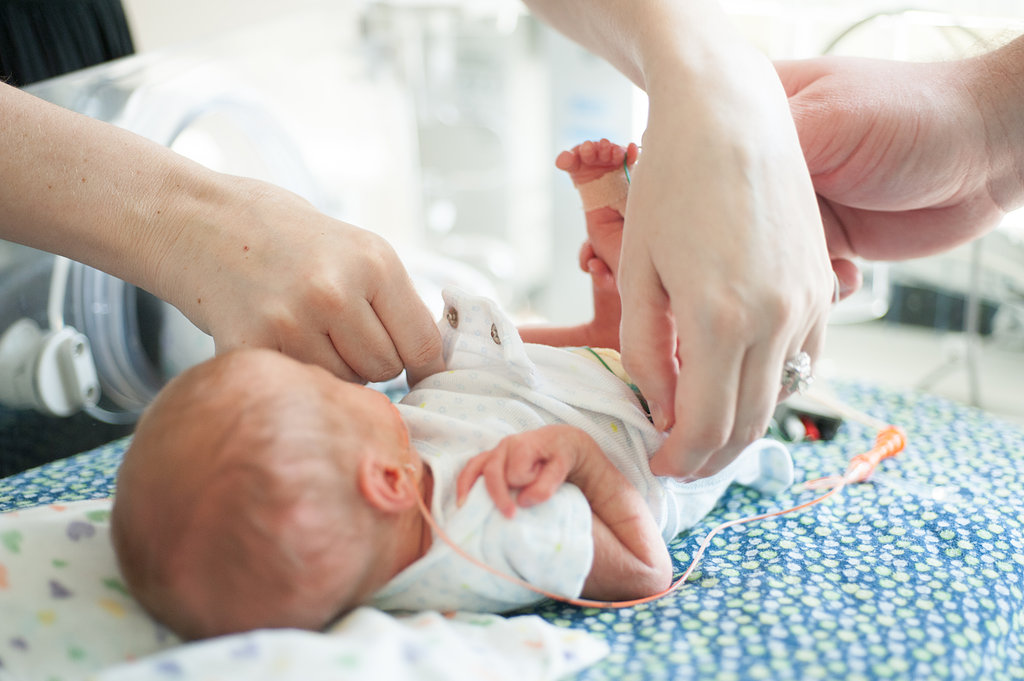 Maternal drug use during pregnancy can result in signs of withdrawal in infants after delivery, a condition known as neonatal abstinence syndrome (NAS). First described in the 1970s by Loretta Finnegan (McQueen & Murphy-Oikonen, 2016), NAS is a constellation of behavioral disruptions and a variety of gastrointestinal, central nervous system, and autonomic symptoms. Although NAS most often is associated with exposure to opioids in utero, it also can occur with exposure to other substances including nicotine, benzodiazepines, and selective serotonin reuptake inhibitors (Jansson, 2017). A working knowledge of the clinical manifestations, diagnosis, and management of NAS is imperative to ensure proper care of infants with this condition.

In the United States, there has been an increase in the incidence of maternal opioid use, yielding an increase in the population of infants with NAS in the last 2 decades. In an analysis of inpatient costs and utilization in 28 states, the incidence of infants with NAS increased from 1.5 cases for every 1,000 hospital births in 1999 to 6 cases for every 1,000 hospital births in 2013 (Ko et al., 2016). In a cross-sectional analysis of 299 neonatal intensive care units (NICUs), Tolia et al. (2015) found an increase in the rate of NICU days and the use of pharmacological therapy, specifically morphine, for infants with NAS. The increase in the number of babies with NAS has been so alarming that in 2015, the Congress passed the Protecting Our Infants Act (POIA) giving healthcare providers the resources necessary to care for these delicate patients.

POIA mandated that the Department of Health and Human Services develop a series of best practices for the care of infants suffering from NAS. The Vermont Oxford Network has been instrumental in this effort and created a universal training program for both state- and health system–wide implementation to standardize the care of infants with NAS. This program also serves to educate providers about NAS, help them better understand the needs of opioid-addicted mother, and expose them to a variety of NAS management strategies.

Clinical manifestations of NAS vary in timing, severity, and the types of symptoms displayed, although symptoms often reflect dysregulation of motor and tone, sensory integration, autonomic function, and state control and attention (Jansson, 2017). Clinical symptoms generally present in the first week of life; however, the onset of symptoms will depend on the most recent time of exposure to the drug and that drug’s half-life. The severity and the type of symptoms displayed will vary based on many factors including maternal stress and nutrition; drug exposures, including polysubstance abuse; placental opioid metabolism; infant factors like preterm birth and rates of drug metabolism and excretion; environmental factors, such as the caregiver’s ability to respond to the infant appropriately; and physical and environmental factors, such as whether the infant was admitted to a NICU versus a newborn nursery or pediatric floor (McQueen & Murphy-Oikonen, 2016). It also is important for the medical team to realize that multidrug exposure can have a cumulative effect on the infant’s clinical symptoms.

To prevent complications, it is important to diagnose NAS rapidly. Not all infants who are exposed to drugs in utero will display symptoms of withdrawal. However, a thorough maternal history and drug screen, along with the infant’s drug screen, can help providers identify infants at risk for NAS. Scoring tools such as the Finnegan Neonatal Abstinence Scoring System, Neonatal Narcotic Withdrawal Index, and the Neonatal Withdrawal Inventory, among others, can be used to assess the severity of symptoms, provide guidance for pharmacologic treatment, and facilitate the weaning process.

The goal of treatment is to control withdrawal symptoms and minimize complications. Treatment often involves the use of opioids including morphine and methadone, although new nonpharmacological therapies are being implemented around the country. This treatment approach also encourages the placement of infants within low-stimulation environments; increased parenteral engagement; increased reliance on nonpharmacologic, versus pharmacologic, interventions; and breastmilk feedings when not contraindicated (Grossman et al., 2017).

Although long-term outcomes are difficult to identify given the many confounding factors indicated in the research, there always is a possibility for adverse outcomes, including maltreatment and mental or behavioral health issues, for infants with NAS (McQueen & Murphy-Oikonen, 2016). For this reason, early intervention and family preservation services are highly indicated. Regardless of the treatment used, the medical team is responsible for the overall care of the infant with NAS, and providing a nonjudgmental environment is the best care for the mother-infant dyad. A multidisciplinary team versed in the management of infants with NAS and their families is integral to ensuring the well-being and safe discharge and follow up of these families.