NICU on the Big Screen: Showing a Unit Orientation Video at Admission to Decrease Parental Stress and Improve Satisfaction

The first 72 hours after admission to a hospital setting usually are the most difficult for patients and their families (“Orientation sessions,” 2010). The neonatal intensive care unit (NICU) in particular is an overwhelming and unfamiliar environment for most parents and families, which can further contribute to the stress of having a baby in the NICU. Developing a standardized approach to orienting families to the unit at the time of admission can reduce parental anxiety and improve satisfaction with care. Chan, Webster, and Marquart (2012) point out that providing parents and families with useful information can give them a better sense of control, which can lead to decreased anxiety levels. This article describes the process used to improve family orientation for a 52-bed, level II neonatal unit whose patients experience an average length of stay of 18 days.

Prior to this process improvement project, family orientation on this unit was unstructured, inconsistent, and time consuming. The goal of this project was to create a unit orientation video that could be integrated into the hospital’s video-on-demand system. Lehna and colleagues (2011) found that using an orientation video in an inpatient pediatric burn unit was an efficient way to familiarize parents and family members with hospital locations and services. The expected objectives of our orientation video were to welcome parents and families to the unit and provide parents with all the information they would need during their infant’s hospital stay in a consistent format. In addition, it was anticipated that the video would make the orientation process less time-consuming for staff. 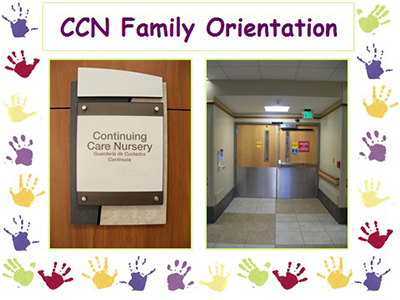 A significant limitation in measuring the effectiveness of the orientation video was the low return rate of patient satisfaction surveys. Between 2010 and 2013, an average of just nine surveys were returned each month. To get a more accurate picture of the effectiveness of the orientation video, it was determined that efforts should be taken to increase the number of patient satisfaction surveys returned.