*Name has been changed to protect the patient's identity 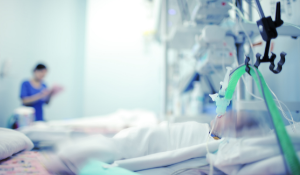 Every first-year nursing student learns about ethical standards in medical care. Three simple terms: beneficence, nonmaleficence, and autonomy. Three simple definitions: do good, do no harm, and allow the patient to make their own choices regarding their care. Babies cannot speak for themselves, so the parents are their child’s advocate, and we afford them autonomy, the freedom to choose and make fully informed decisions regarding the care of their infant. Of all the things I learned in nursing school, this was the most simple and basic of all concepts. Of course we will do what is best for our patient. Of course we will do no harm. Of course we will provide all the necessary information to make an informed decision.  It’s so simple and so obvious that it almost doesn’t need mentioning. And then I met Daniel* and suddenly the concepts that were once so simple, abundantly clear, and concise, became muddled and blurred.

Daniel’s entry into this world started off seemingly routine. Mom went into labor and was prepped for a normal vaginal delivery. Everything seemed to be progressing well, until she began to push. Daniel wouldn’t come out and was starting to crash in utero. Emergency pages went off and a rush of individuals converged in the delivery room and an emergency c-section was performed. Daniel had no spontaneous respiratory drive. He was immediately intubated and brought to the NICU for cooling. Upon assessment it was noted that Daniel's head was significantly enlarged, which provided insight into why he was unable to be delivered vaginally. We’ll never know what exactly occurred prior to his birth, but it was clear based on his physical assessment that something went wrong in utero to cause macrocephaly and brain injury to such an extent as what he presented with.

We followed the cooling protocol precisely, but as the hours and days progressed, it was clear that there was no saving Daniel.  His brain waves were a continuous flatline from the moment the machine was turned on and his eyes were fixed and dilated. The ventilator did all the breathing for Daniel; there were no breaths over the vent. A neurological consult confirmed what we already knew: Daniel was brain dead. There would be no saving him as he was already gone.

What would seemingly be a difficult, heart-wrenching discussion, yet a quick agreement between all parties to withdraw care, turned into weeks long discussions with the parents on the futility of care, multiple parent care conferences with neurologists, neonatologists, end of life specialists, and ultimately a continuous refusal of the parents to agree to withdraw care and inability to grasp that their son was gone. All the while, Daniel continued to deteriorate. Random firing of non-purposeful electrical currents ran through his body and would shake him so violently that you could hear the bed rattle from over at the nurse’s station across the floor. To the nurses and doctors, we knew this was not indicative of life. But to his parents, these non-purposeful movements were a confirmation that he was moving and alive and that we just needed to give him more time to recover. No amount of discussions convinced them that these were not normal infant movements and that they were non-purposeful.  His organs were failing him, yet all we could do was watch him continue to deteriorate. Multiple tests were performed to conclusively confirm brain death.

As discussions took place between neonatologists, neurologists, ethics, NICU administrators and the family, Daniel passed on his own before care was withdrawn. I cannot say that there wasn’t a better way or that anything could have been done differently, but I do know that everything possible was done to try to save his life. Every effort was made to help the family understand and accept the gravity of the situation, and everything possible was done to help Daniel pass with dignity. The experience with Daniel gave me a new perspective on what it means to provide beneficence, nonmaleficence and autonomy. They are each concepts far more broad in scope and depth than the mere simplicity that their definitions imply. They are not just ideals. As NICU nurses, we are the gatekeepers between the doctors, the infant, and the families, and we have obligations to all. Ethics is not a one size fits all. What is beneficent to one patient might not be right for another. What one family needs for autonomy may not be what is needed for another family. It’s not enough to just know those concepts in their broad terms, that we are to do good and not do harm. We have to dig deeper.

Acknowledging these concepts at the start of every shift with each individual patient is the starting point.  Being flexible enough to know if your plan is not right and willing to modify your plan as needed is essential. Finding the balance between all three ethical ideals is the goal and reviewing those ideas comprehensively and thoughtfully throughout each and every shift is what truly constitutes ethics in healthcare.

Interested in sharing your Stories from the NICU? Contact Olivia Cardinale at This email address is being protected from spambots. You need JavaScript enabled to view it.